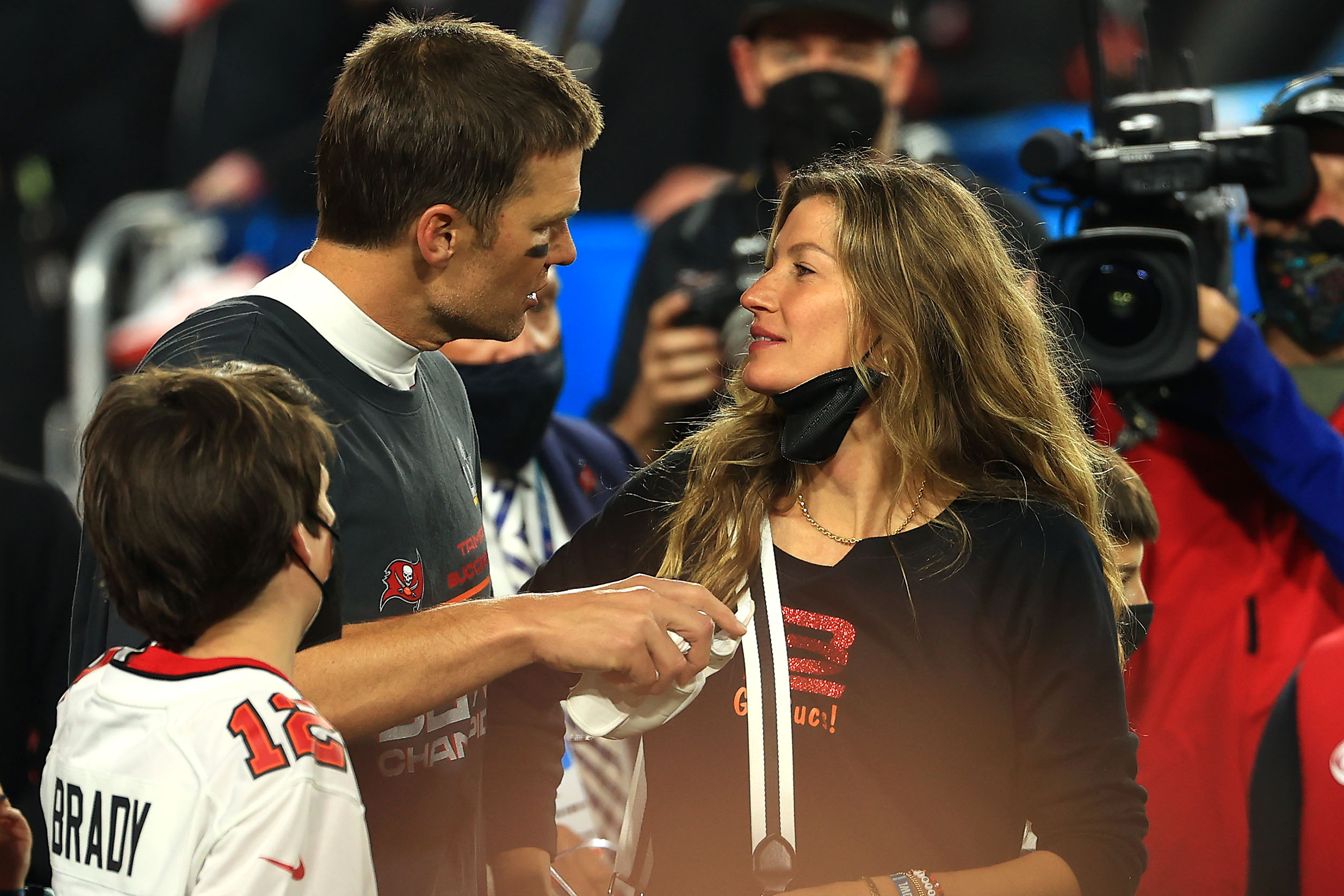 Tom Brady and Gisele Bundchen are no exception to dealing with real-life relationship woes.

The Buccaneers quarterback — on the Oct. 26 episode of his SiriusXM podcast “Let’s Go!” — explained how his supermodel wife has put her career on the back burner, while he collected seven Super Bowl rings.

“But that’s an issue, and it’s a very difficult issue to reconcile without just saying, ‘Hey, it’s time to retire.’ And I think there’s, you know, we’re coming to the end here too, so I don’t want to miss any of the kids’ stuff,” Brady told co-hosts Larry Fitzgerald and Jim Gray.

“I think my wife has, you know, held down the house for a long time now, and I think there’s things that she wants to accomplish. You know, she hasn’t worked as much in the last 10, 12 years just raising our family and kind of committing to being in a life in Boston and then moving to Florida,” he said, referring to his 20-year career with the Patriots before joining the Buccaneers in March 2020.

Bundchen is arguably more well-known than Brady in other parts of the world. The Brazilian supermodel ruled the runaways all over the world for 20 years before she retired from catwalk duties in 2015.

After joining Victoria’s Secret in 2000, Bundchen went on to become the highest-paid model in the world. She still models exclusively for top designers and ad campaigns.

“Football players, we get a good healthy off-season. And I try to do my best with the kids,” Brady said.

Brady’s retirement age has been a bit of a moving target as he continues to dominate the league at the age of 44. Brady has said next season, the final one of his Buccaneers contract, could be his last. But he also recently said he could play into his 50s, at least from a physical perspective.

The couple share two kids together, son Benjamin, 11, and daughter Vivian, 8. Brady has a 14-year-old son, Jack, from a previous relationship with actress Bridget Moynahan.

“Although I wish I was there more, but I think if I was there too much, you know, they might be sick and tired of me screwing up everything that’s been going on in the house for a long time too,” Brady said.

Brady and Bundchen met through a mutual friend that set them up on a blind phone call. The two eventually met in person, hit it off and tied the knot in 2009.