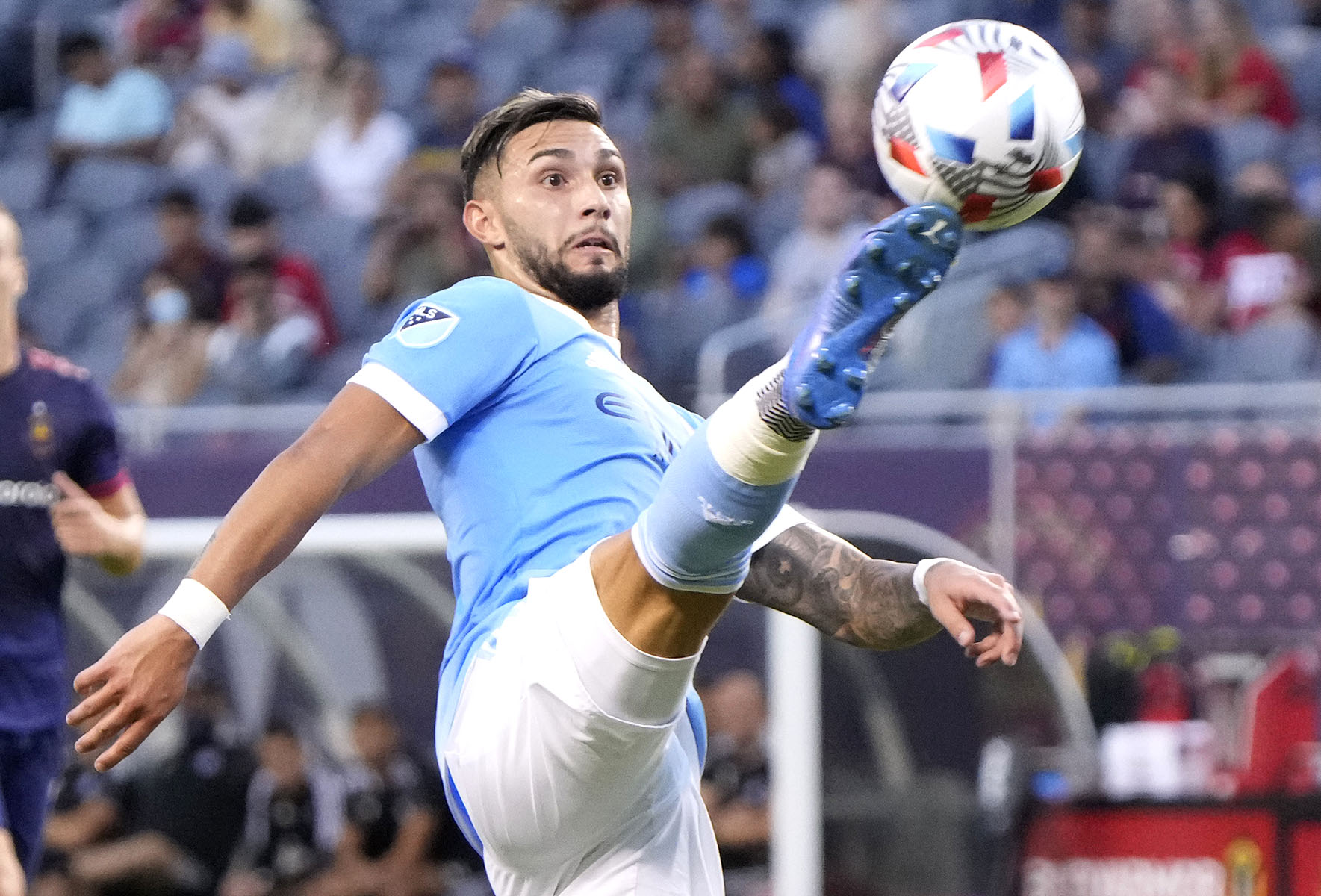 Valentin Castellanos scored on a penalty kick in the 51st minute as New York City FC boosted their chances for a Major League Soccer playoff berth with a 1-0 victory against the visiting Chicago Fire on Wednesday night at Yankee Stadium.

Goalkeeper Sean Johnson made five saves for NYCFC (13-11-8, 47 points) in posting his ninth shutout of the season, one shy of his career high, and his second in a row. One of those saves came off a header by Chicago’s Luka Stojanovic in second-half stoppage time.

NYCFC moved up from fifth to fourth in the Eastern Conference standings and are four points clear of the playoff line.

The Fire (9-17-7, 34 points), who have already been eliminated from playoff contention, had a two-game winning streak snapped and lost for just the second time in their past seven matches as they’ve played the role of spoiler.

The penalty kick came after Chicago’s Federico Navarro tripped NYCFC’s Malte Amundsen near the far left edge of the penalty area as Amundsen drove the ball toward the end line.

Castellanos powered the ensuing penalty into the lower left corner of the net, leaving 17-year-old Chicago goalie Gabriel Slonina no chance. It was Castellanos’ team-leading 16th goal of the season, one shy of league leader Ola Kamara of D.C. United.

The goal came after a strong push by NYCFC early in the second half. Castellanos had shots saved by Slonina in the 49th and 50th minutes and Keaton Parks put a shot from outside the penalty area off the crossbar in between.

NYCFC had a 9-6 edge in shots in a scoreless first half, but failed to put any of them on net while Johnson had to make four saves.

NYCFC had a goal called back in the 34th minute as Maximiliano Moralez was ruled offside when taking a pass from Castellanos.

NYCFC’s Thiago rang a shot off the right post in the 25th minute.