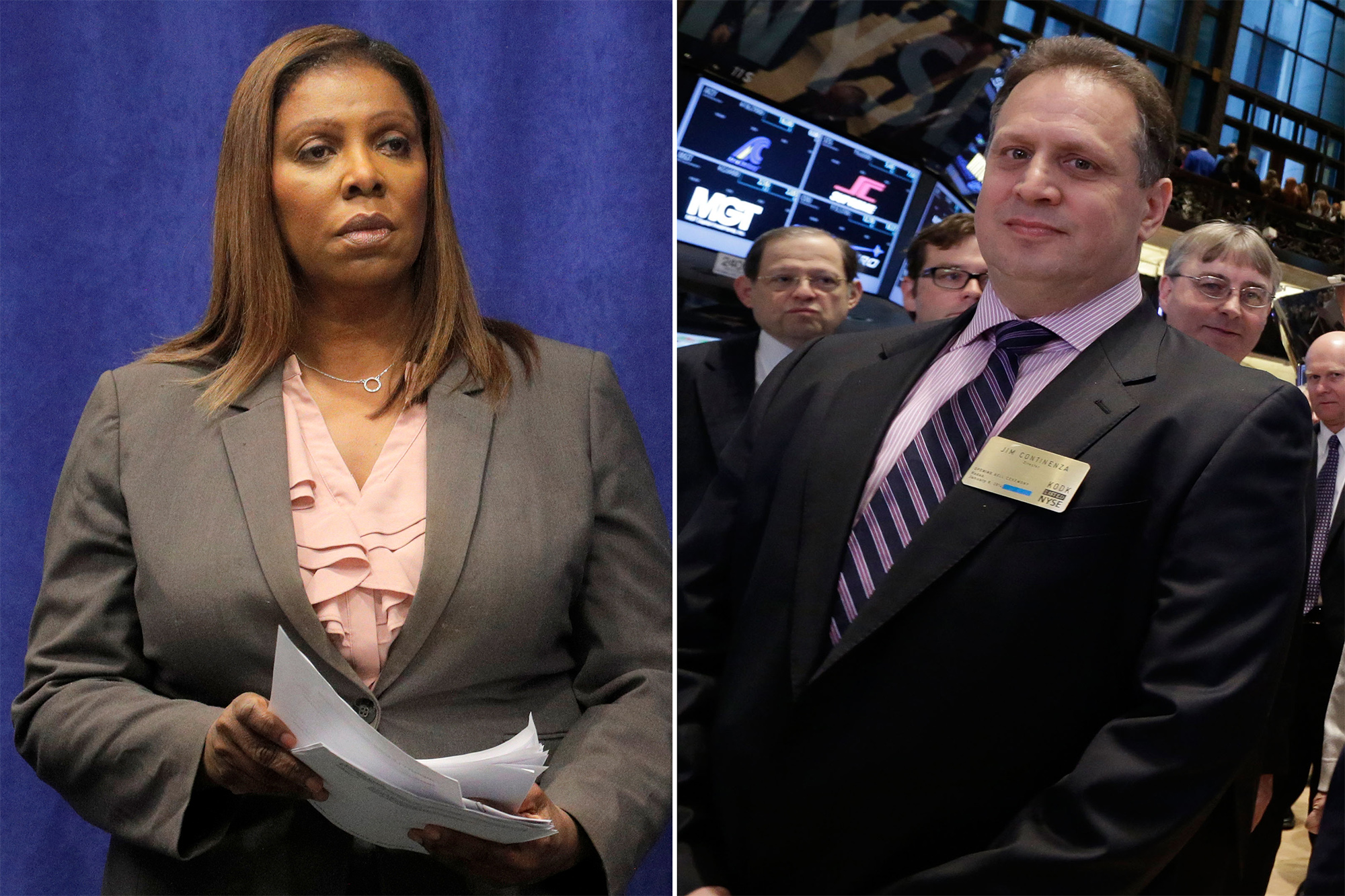 New York Attorney General Letitia James on Tuesday asked a state court to order Eastman Kodak and its CEO James Continenza to provide evidence and testimony in advance of a planned insider-trading lawsuit against them.

The company and Continenza both violated New York securities law when he bought 46,737 shares of the company’s stock on June 23, James’ office alleged in court filings.

The company warned investors last month that James had threatened to sue over the matter.

Continenza’s stock purchases came about a month before Kodak and the Trump administration announced a deal that gave the ailing camera company a shot at a $765 million loan under the Defense Production Act to support the production of drug ingredients critical to fighting the COVID-19 pandemic.

The announcement sent shares of the company soaring from just over $2 per share to a peak of $60, which raised eyebrows about Continenza’s stock purchase at an average price of $2.22 per share a month earlier. Ultimately, the feds halted the deal as regulators looked into suspicious trading activity.

“Corporate greed will never go unchecked in New York,” James said in a statement. “As millions of New Yorkers and Americans across this nation lost their jobs and were waiting for unemployment checks, Kodak’s CEO was using insider information to illegally trade company stock.”

James alleged that the purchase was in violation of the company’s inside-trading policy. She said Continenza did not seek nor receive written pre-clearance to make the purchase, despite the company’s claims that it was in line with protocol.

James also said that Kodak, its chief accounting officer, Continenza and CFO David Bullwinkle made “false and misleading” statements to investors when it said in its quarterly earnings report that Continenza’s June stock purchase was “in compliance with the Company’s insider trading policy.”

“Kodak even double downed on this fraud by relaying false information to investors before the company’s annual meeting that took place last month,” James added. “We are asking the court to order Mr. Continenza to testify in open court, so the facts can be exposed before the American people. My office will use every tool at its disposal to hold those who violated the law accountable.”

Ellen Davis, an outside spokeswoman for Kodak, noted that the company retained the DC law firm Akin Gump Strauss Hauer & Feld last year to conduct an internal review, which found that Continenza’s transactions did not violate company policy or securities laws.

She added that before Tuesday, Kodak “repeatedly offered to make witnesses available and the Attorney General repeatedly declined.”

“It is telling that she has now chosen to publicly seek this order asking for the very testimony in which she previously had no interest,” Davis said. “In addition to being wrong on the facts, the Attorney General’s novel and highly problematic legal theory that seeks to impose liability in the absence of intent would have a chilling effect on directors and executives of every public company, who could never invest in their own companies without fear of having good-faith decisions, pre-approved by counsel, second-guessed by regulators and charged as insider trading.

“We are confident that the facts and the law are on our side and are prepared to present our case in court if there becomes a need to do so.”

Maybe Goldman Sachs isn’t migrating to Florida, after all

Instacart has a plan to use robots instead of shoppers

On Vaccine Mandates, the G.O.P. Isn’t on Its Own Anymore

City News promises to be a fair and objective portal, where readers can find the best information, recent facts and entertaining news. Newspaper is the best selling News Theme of all time and powers this amazing demo!
Contact us: test@your.site

A Look at How Social Media & Mobile Gaming Can Increase Sales

Customer Engagement Marketing: A New Strategy for the Economy

Things You Didn’t Know About the American Past Presidents