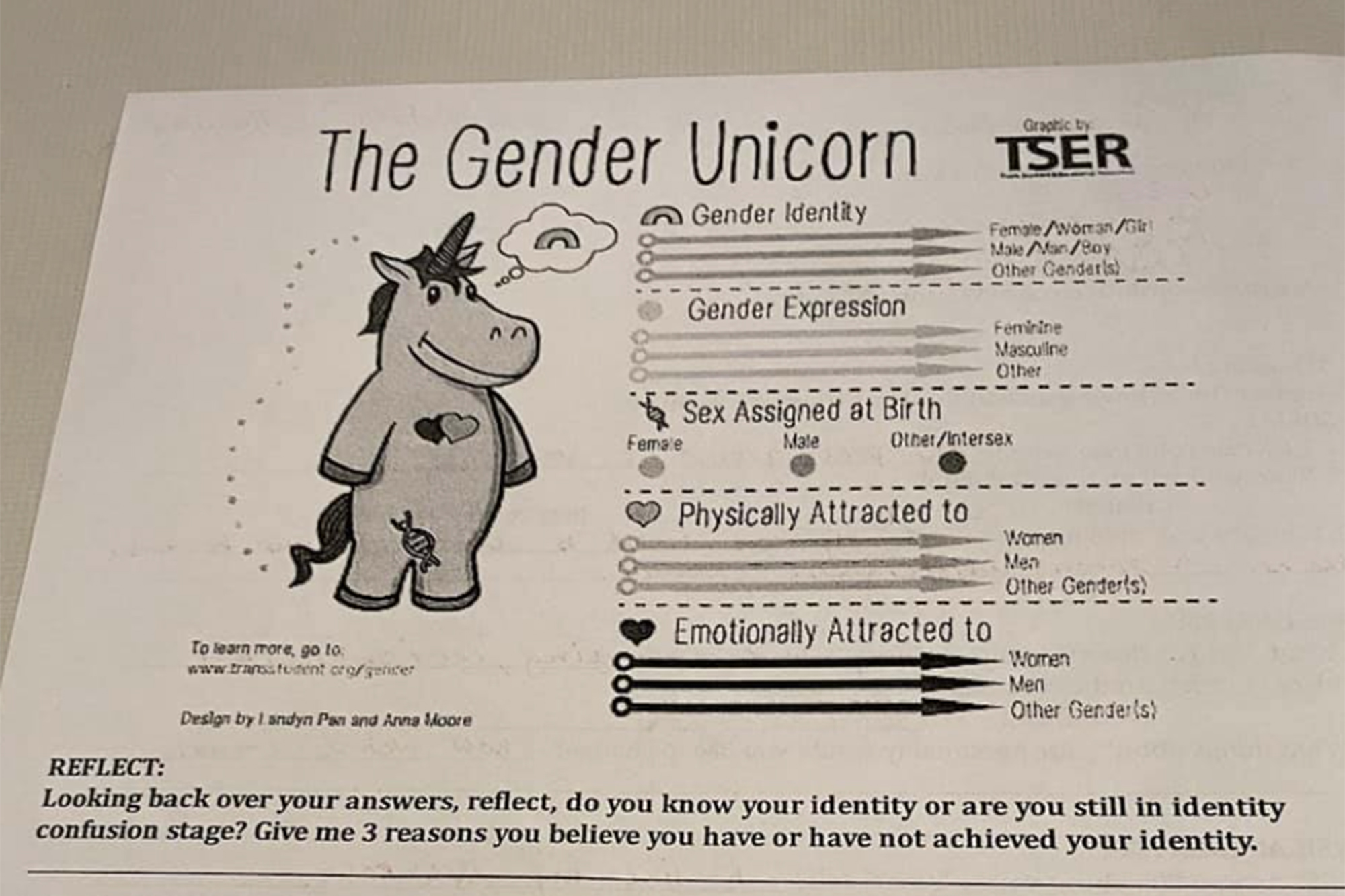 A Kansas school apologized for a “Gender Unicorn” worksheet given to students after hearing from outraged parents.

The handout asked Olathe high school students about their gender identities, and which sex they were attracted to, according to The Kansas City Star.

“Do you know your identity or are you still in identity confusion stage? Give me three reasons you have or have not achieved your identity,” the worksheet reportedly asked teens in a Human Growth and Development class.

State Rep. Adam Thomas was one of the parents who did not approve of the flow chart, which was created and pushed by Trans Student Educational Resources.

“Let kids be kids,” the Republican reportedly said. “Whoever they decide to be is fine, but the classroom is not the place to push this ideology onto them. That’s at home with their family or a school counselor.”

School officials reportedly said they were making sure the sheet wasn’t “distributed to any other classrooms and is not used in any instruction moving forward.”

“This worksheet was not appropriate for students and asked questions that could violate their personal privacy rights. Students who received the worksheet have been asked not to complete it.”