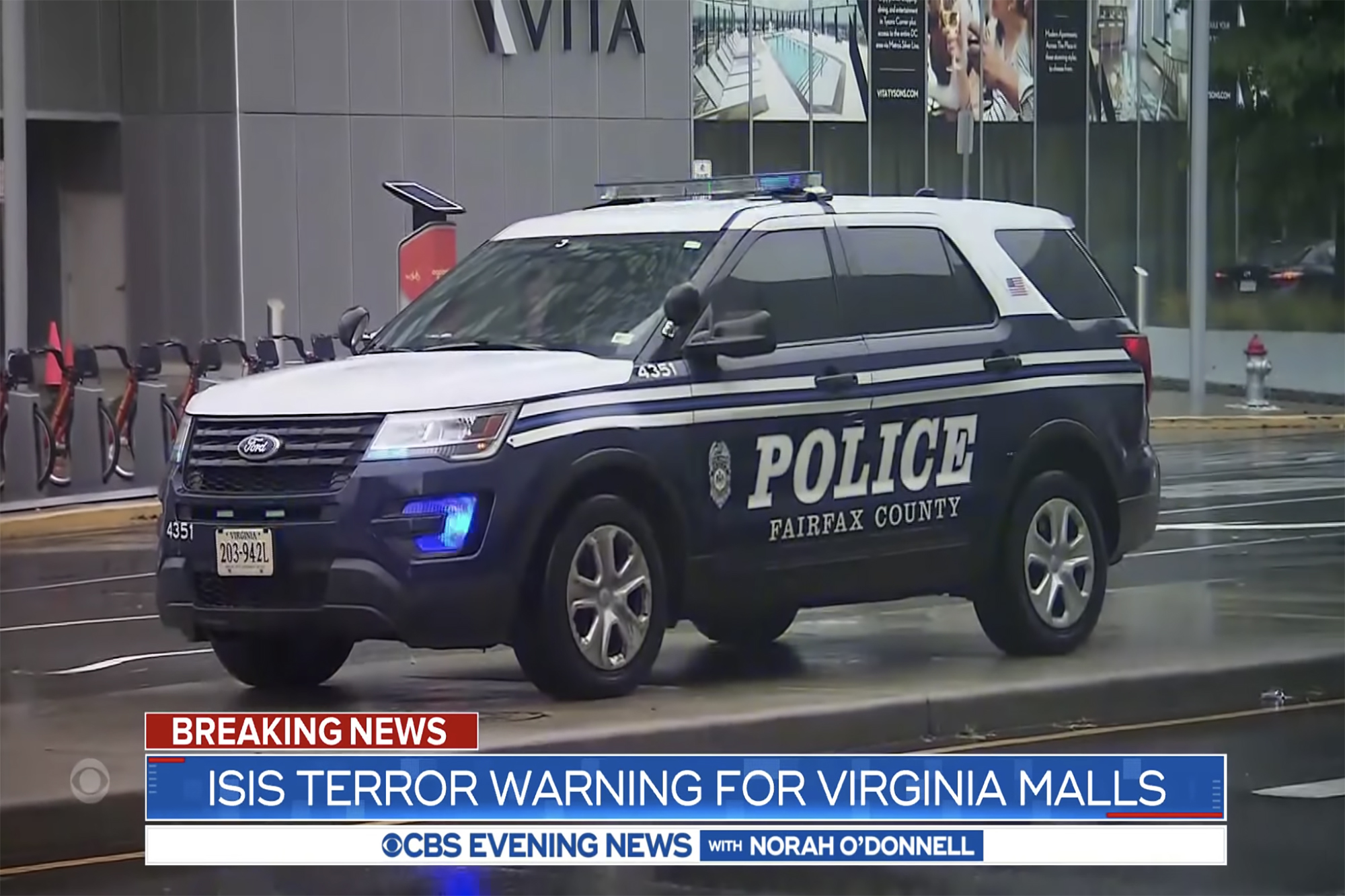 Northern Virginia authorities were on high alert following an ISIS threat against malls and shopping centers outside the US capital this weekend.

Police were stepping up their presence through Halloween into the runup of Election Day, according to CBS News.

A federal intelligence chief said this week that the terror group is pushing lone wolves to attack targets without support, the article stated.

“It’s just our responsibility to have a greater presence, to be more aware and to ask the community to have their eyes and ears peeled for suspicious activities,” Davis reportedly said, in the wake of accelerated threats.