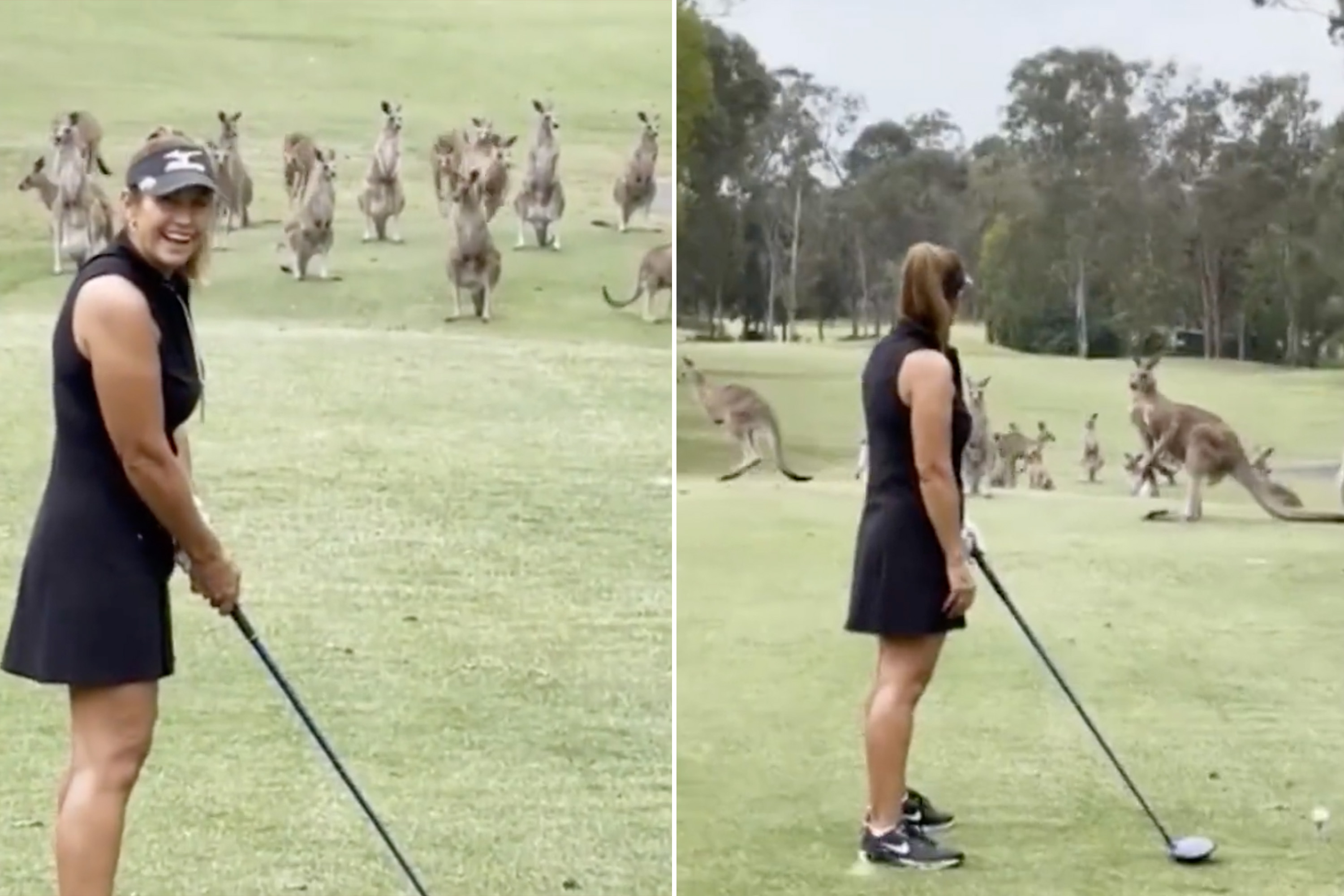 When amateur golfer Wendy Powick glanced up before hitting her tee shot at Arundel Hills Country Club, she couldn’t see a clear view of the 11th hole’s fairway. Instead, a group of kangaroos, running toward her, occupied her line of sight.

“There’s a lot of them at this course,” Powick told 7NEWS Australia. “Usually they stick to the sides and watch you play. But this was very unusual occurrence.”

Powick shared footage of the kangaroos on her Instagram page, calling the encounter “absolute gold and only in Australia.” The animals all hopped near where Powick was lined up for her shot, with some kangaroos pausing while others in the group hopped from side to side and inched closer to her.

“What’s going on?” Powick asked at one point during the video.

After 45 seconds, the last kangaroo hopped out of the camera’s view, allowing Powick to regroup, set her feet and line up a tee shot — this time with a clear lane in front of her.

“I think they came up and then realised I was there and thought, ‘Oh, we better take off’,” Powick told 7NEWS Australia.