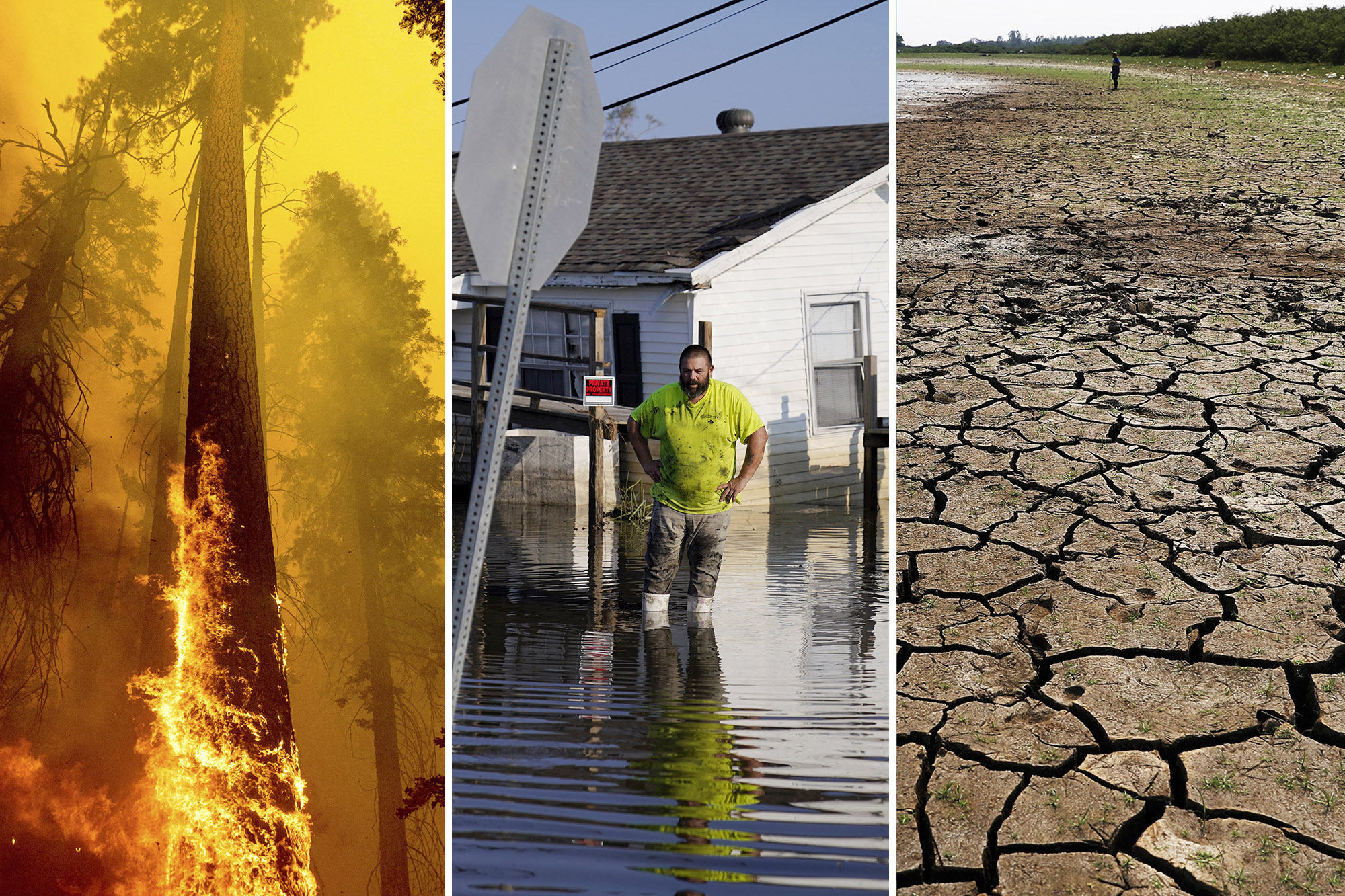 More than one world leader says humanity’s future, even survival, hangs in the balance when international officials meet in Scotland to try to accelerate efforts to curb climate change. Temperatures, tempers and hyperbole have all ratcheted up ahead of the U.N. summit.

And the risk of failure looms large for all participants at the 26th U.N. Climate Change Conference, known as COP26, which begins Sunday and runs until Nov. 12.

Six years ago, nearly 200 countries agreed to individual plans to fight global warming in the historic 2015 Paris climate agreement. Now leaders will converge in Glasgow for two weeks starting Sunday to take the next step dictated by that pact: Do more and do it faster.

But except for a slight drop because of the pandemic, carbon pollution from the burning of coal, oil and natural gas is increasing, not falling.

Between now and 2030, the world will spew up to 28 billion metric tons (31 billion U.S. tons) of greenhouse gases beyond the amount that would keep the planet at or below the most stringent limit set in Paris, the United Nations calculated this week.

“Everything is at stake if the leaders do not take climate action,” Ugandan climate activist Vanessa Nakate said. “We cannot eat coal. We cannot drink oil, and we cannot breathe so-called natural gas.”

Her words were echoed by a man tasked with steering one of the world’s richest economic blocs through the climate transition.

“We are fighting for the survival of humanity,” European Commission Vice President Frans Timmermans said. “Climate change and the threatening ecocide are the biggest threats humanity faces.”

Humanity and the Earth won’t quite go off a cliff because of global warming, scientists say. But what happens in Glasgow will either steer the world away from the most catastrophic scenarios or send it careening down a dirt road with tight curves and peril at every turn. It’s a situation where even tenths of a degree translate into added risk.

”(The world is) still careening towards climate catastrophe,” U.N. Secretary-General Antonio Guterres said Friday, even after some countries’ recent emission pledges. “There is a serious risk that Glasgow will not deliver.”

For months, U.N. officials have touted concrete goals for these negotiations to succeed:

World leaders have softened those targets a bit. U.S. Climate Envoy John Kerry told The Associated Press: “There will be a gap” on emission targets.

Under the Paris pact, nations must revisit their previous pledges to curb carbon pollution every five years and then announce plans to cut even more and do it faster. Delayed a year by the pandemic, this year’s meeting is the first to include the required ratcheting up of ambitions.

The hope is that world leaders will cajole each other into doing more, while ensuring that poorer nations struggling to tackle climate change get the financial support they need.

Every analysis of current climate-change pledges by governments shows that they are not nearly enough to stop warming at that point but will instead lead to at least another degree or a degree and a half Celsius of warming (about 2 to 3 degrees Fahrenheit).

All five emissions scenarios studied in a massive UN scientific assessment in August suggest that the world will cross that 1.5-degree-Celsius threshold in the 2030s, though several researchers told the AP that it is still technically possible to stay within that limit or at least temporarily go over it and come back down.

Small island nations and other poor, vulnerable communities said in 2015 that 2 degrees would wipe them out, and insisted on the 1.5-degree threshold.

As environmental protesters targeted big banks in London’s financial center on Friday, parts of Scotland were dealing with unusually heavy rainfall, the kind that scientists say is becoming more intense due to global warming.

In Glasgow, divisions between nations are big and trust is a problem.

Rich countries like the United States and European nations developed the carbon-belching energy and caused most of the problem historically, but now they are asking poor nations to cut or eliminate the use of fossil fuels. In return, they’ve promised $100 billion a year to help developing countries switch to clean energy.

So far, the funding has fallen far short of that amount.

“Failure to fulfill this pledge is a major source of the erosion of trust between developed and developing nations,” Guterres said.

The key to success may lie with major emerging economies, yet this week China, the world’s largest carbon emitter, submitted a new national target that is only marginally stronger than its previous proposal.

China is so important that if every other nation cuts back in line with the 45 percent global emission reduction and China doesn’t, the world’s total will drop only 30 percent, according to Claire Fyson, a top analyst at Climate Action Tracker, a group of scientists that analyze emission pledges.

In the end, every country will be asked to do more in Glasgow, said U.N. Environment Programme Director Inger Andersen. But much of the effort, she said, comes back to China and the U.S.

“We need these two powers to put aside whatever else and to show true climate leadership because this is what it will take,” Andersen told the AP.

‘Groveland Four’ exonerated 72 years after they were falsely accused of...