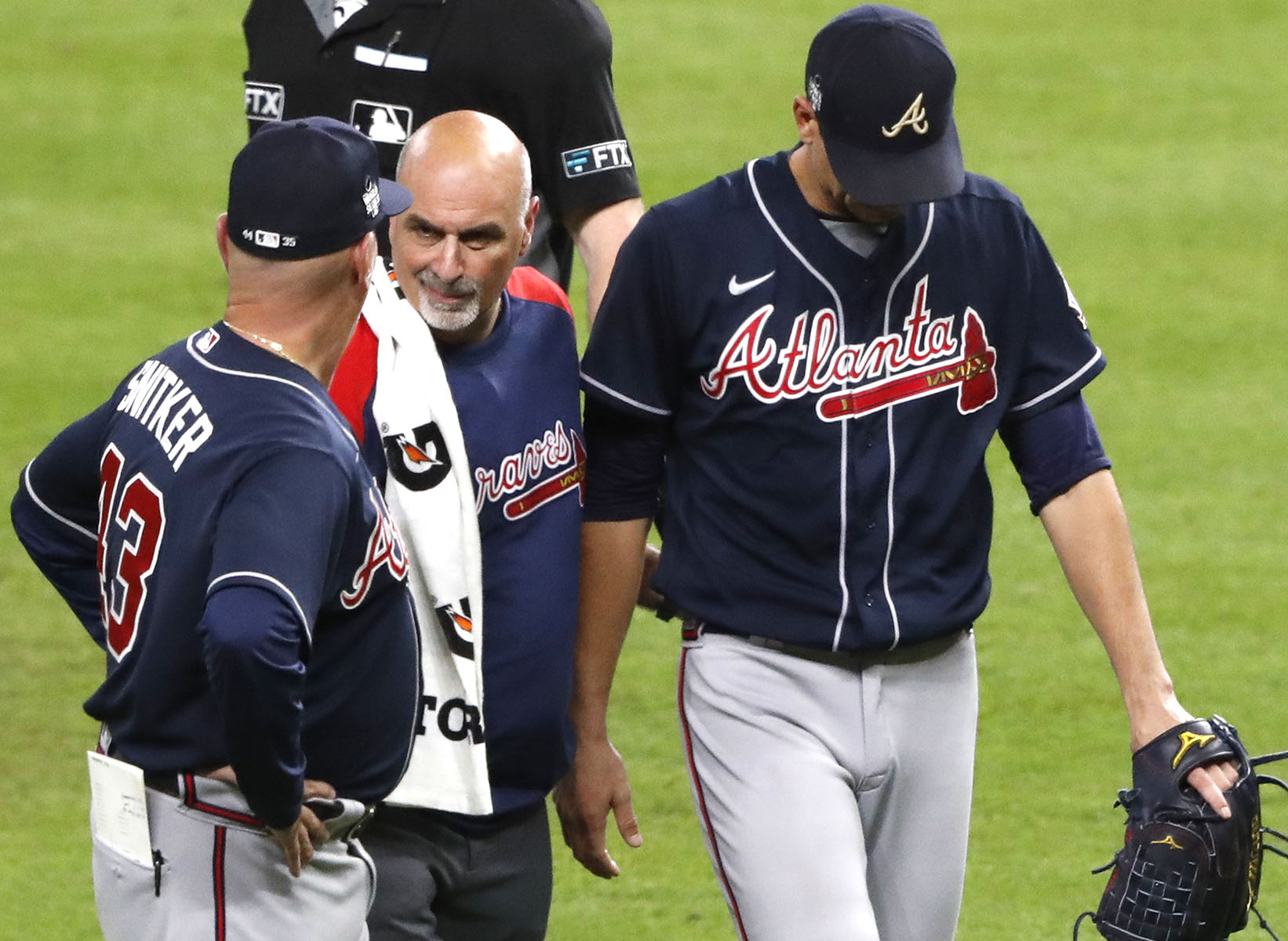 The Braves said underwent X-rays tonight that revealed a right fibula fracture. He will miss the remainder of the World Series and is expected to be ready for Spring Training in 2022.

With the Braves leading 5-0, Morton came up hobbling on the mound after striking out Jose Altuve on a 2-2 curveball to begin the bottom of the third. The right-hander grabbed at his ankle and was replaced by lefty reliever A.J. Minter, who was given as much time as he needed to warm up.

Morton was hit near the ankle by Yuli Gurriel’s grounder leading off the second inning but remained in the game.

Minter gave up a double to his first batter, Michael Brantley, but retired Alex Bregman on a grounder and struck out AL Championship Series MVP Yordan Alvarez to keep Houston off the scoreboard.

Morton is a 37-year-old right-hander who pitched the final four innings and got the win for Houston in its Game 7 victory over the Los Angeles Dodgers in the 2017 World Series.

Morton threw 44 pitches and allowed one hit, Brantley’s one-out single in the first, with two walks and three strikeouts.