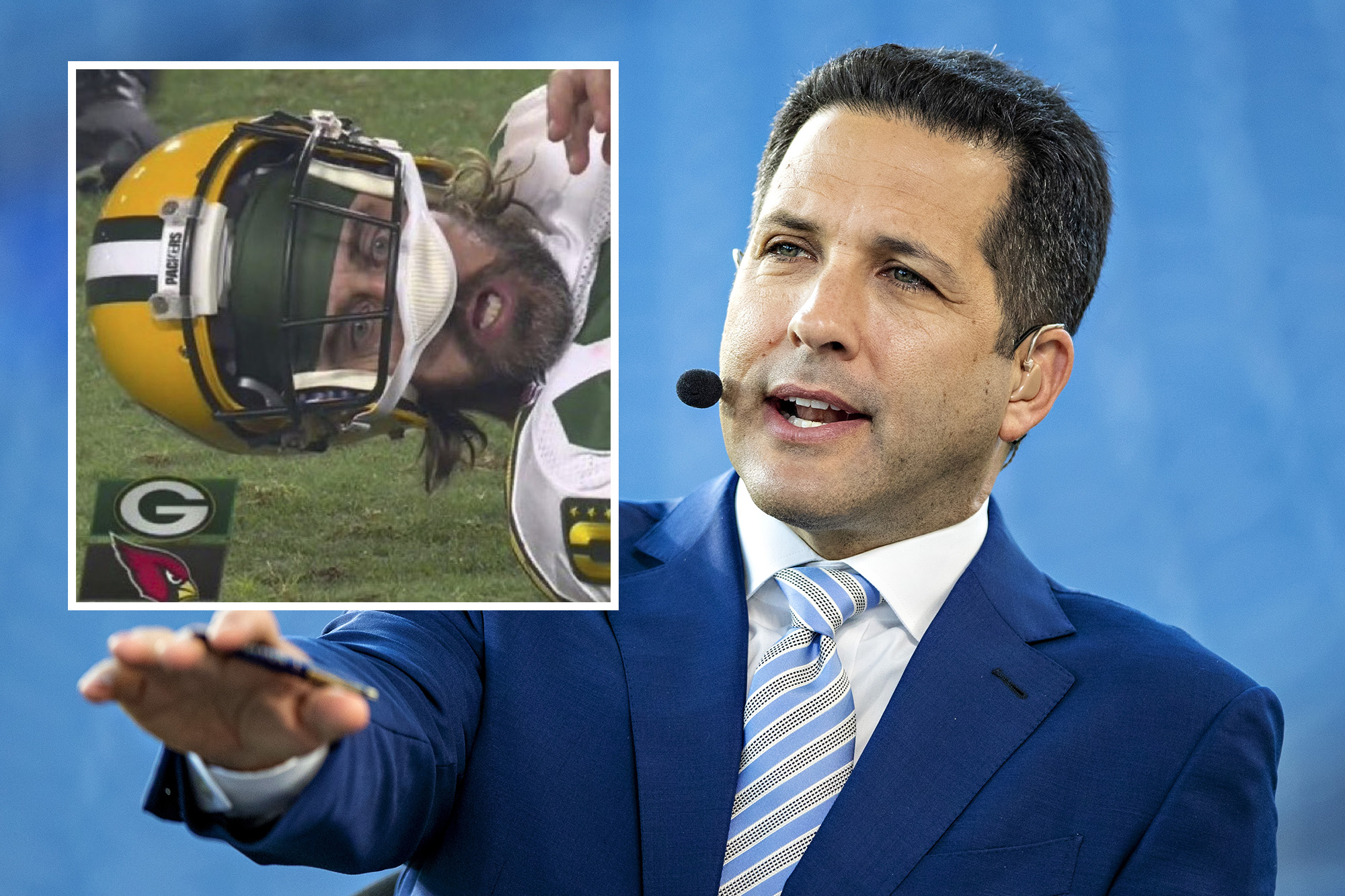 After Rodgers’ Packers defeated the Cardinals 24-21 on “Thursday Night Football”, the ESPN insider shared a viral image from the game of Rodgers lying on the ground with an exasperated look on his face. In the caption: “It’s ok being the weak-chinned no-ass guy.”

In the immediate aftermath, some thought Schefter’s account was hacked, but it was actually a reference to a comment Rodgers previously made about the reporter during one of his weekly appearances on the “Pat McAfee Show.”

Earlier in October, McAfee suggested Rodgers didn’t do a Lambeau Leap after a touchdown because he might have looked like Schefter, who famously attempted one in 2019 and looked a bit, um, goofy in the process. The comment appeared to irk Rodgers, who jokingly said in response, “I never said that. I didn’t mention looking like an unathletic, weak-chinned, no-ass guy.”

Schefter has made other references to this quote before. In the immediate aftermath, he said live on ESPN, “That’s a first for me. I’ve been called an ass plenty of times in my life, but I’ve never had someone comment about mine, except my wife, who has been very complimentary.”

Schefter was not the only one to make a joke about the viral image, which came from a screengrab of the Fox broadcast. Rodgers’ teammate David Bakhtiari, who has been out with an injury, captioned the same photo: “When she asks for the Rodgers rate…”

Rodgers and the Packers defeated the Cardinals, 24-21, on Thursday night, bringing their record to 7-1 and dealing Arizona their first loss of the season.